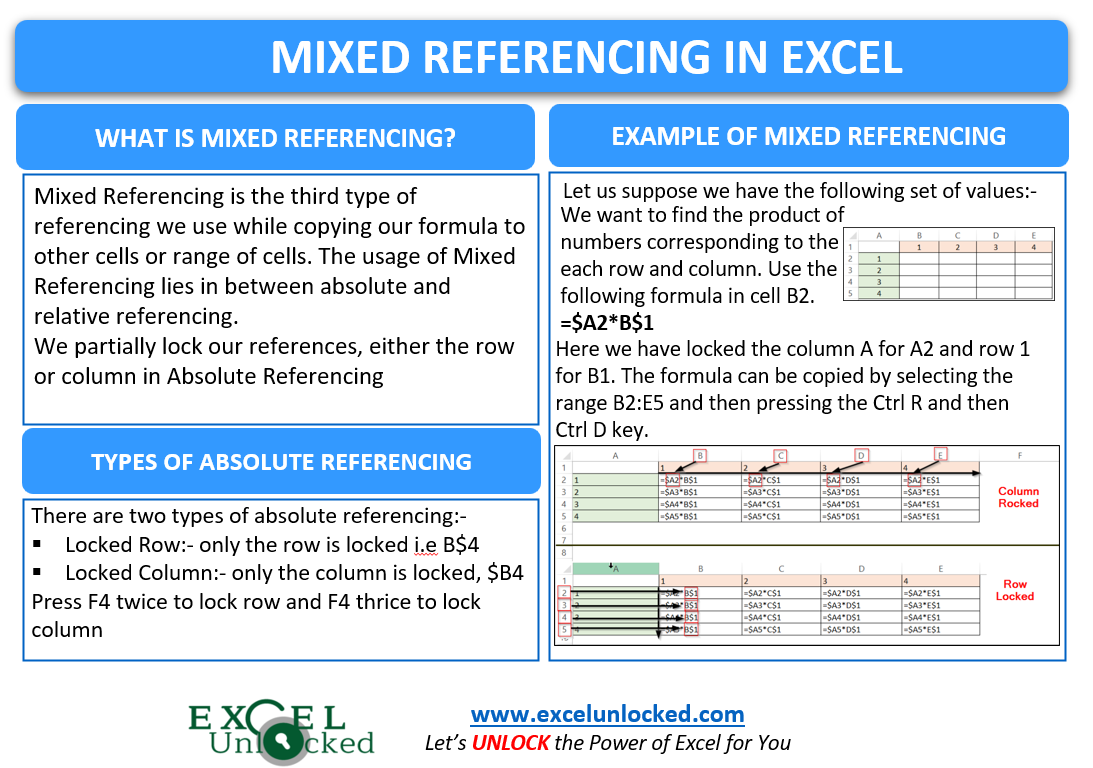 So let us start learning.

What is Mixed Referencing in Excel?

As the name suggests to you, Mixed referencing is a combination of both absolute and relative referencing.

So the definition of Mixed referencing becomes, that we can freeze either the row or column forming the cell reference and either of them would not be locked.

There are two subtypes of Mixed Referencing in Excel as follows:-

How to Apply Mixed Referencing

The following are the steps to apply mixed referencing to our formulas in excel:-

Now when you will copy the formula to any range, both the mixed references will work correctly.

Let us suppose we have the following set of data as mentioned below:-

Now we want to find the product value in the range B2:E5 that corresponds to the row and column. Type in the following formula in cell B2:-

After this, you need to copy this formula to the entire range:-

You can press the Ctrl ~ ( tilde ) to see the formulas behind the formula results in your spreadsheet to see what happened when we copied the formula.

So this image clearly explains that the Column for cell A2 has been locked while the Row for cell B1 is locked when copied to right and down respectively.

This brings us to the end of the blog. Thank you for reading.