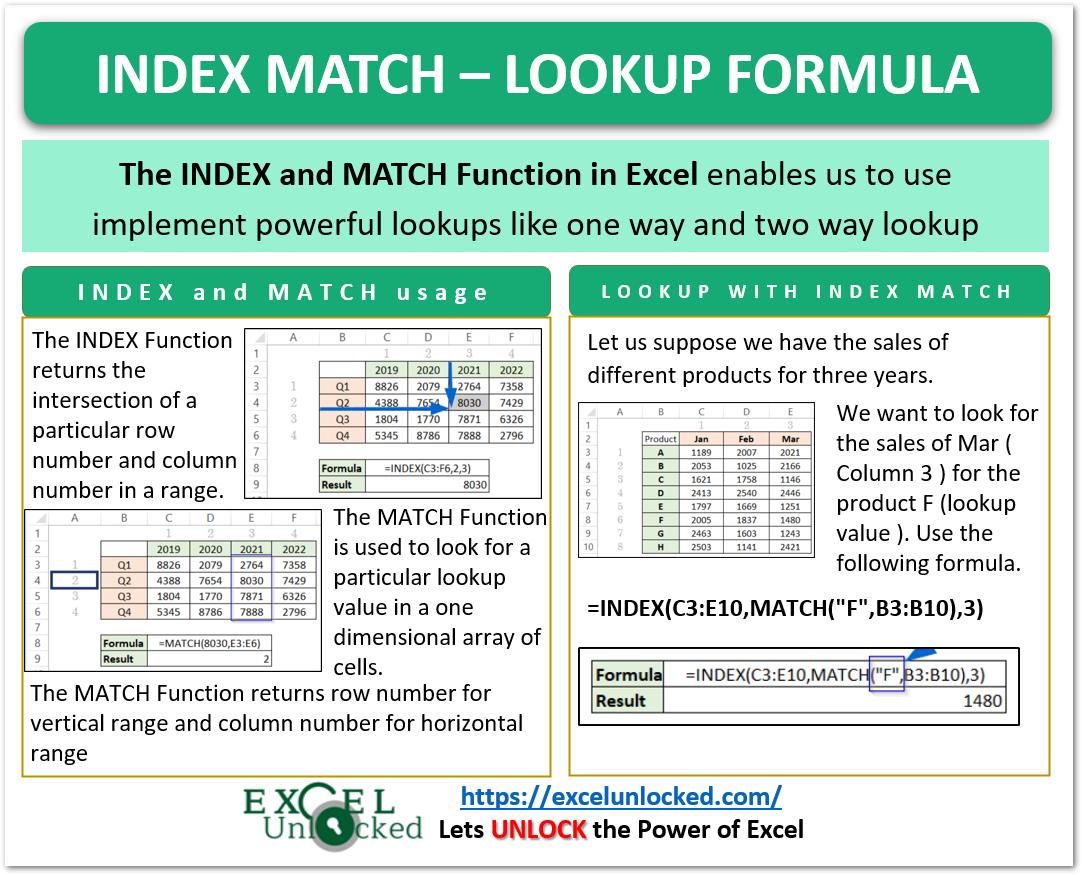 INDEX – Get the Intersection

Here you can see that the intersection of the second row and the third column in the range C3:F6 gives us the sales of Quarter 2 in the year 2021 (8030).

This is a lookup function. The MATCH Function gives us the position of a cell in terms of row number or column number in an array of cells. The following are the function arguments of the MATCH Function.

We can use the MATCH Function to get the column number when we have the horizontal array of cells as follows:-

If you need, you can see the in-depth usage of INDEX and MATCH Function in Excel

Example of One Way Lookup – INDEX and MATCH combined

Let us suppose that we have the sales of different products for three months as follows:-

We want to get the sales of product F for March by using the following INDEX Function formula in excel.

But the problem with this lookup is who wants to enter the row number and column number to just feed the INDEX Function with the location.

Why now let the MATCH function tell the INDEX Function that this is the row number of the values we are looking for?

Now replace the row argument of the INDEX Function with the MATCH Function as follows:-

We can even use reference to the cell containing lookup value as:-

This is one way lookup as we can look for the sales of any Product ( G4 contains the Product ), but the Month is fixed as March ( column 3 hardcoded )

The formula syntax for implementing a Two Way Lookup is:-

Where the following arguments are explained as follows:-

Now we can find the Sales of Product F for the month of Feb by using the following formula:-

We can change the value in cells G4 (Product name ) and G7 ( Month ) to get different lookup results.