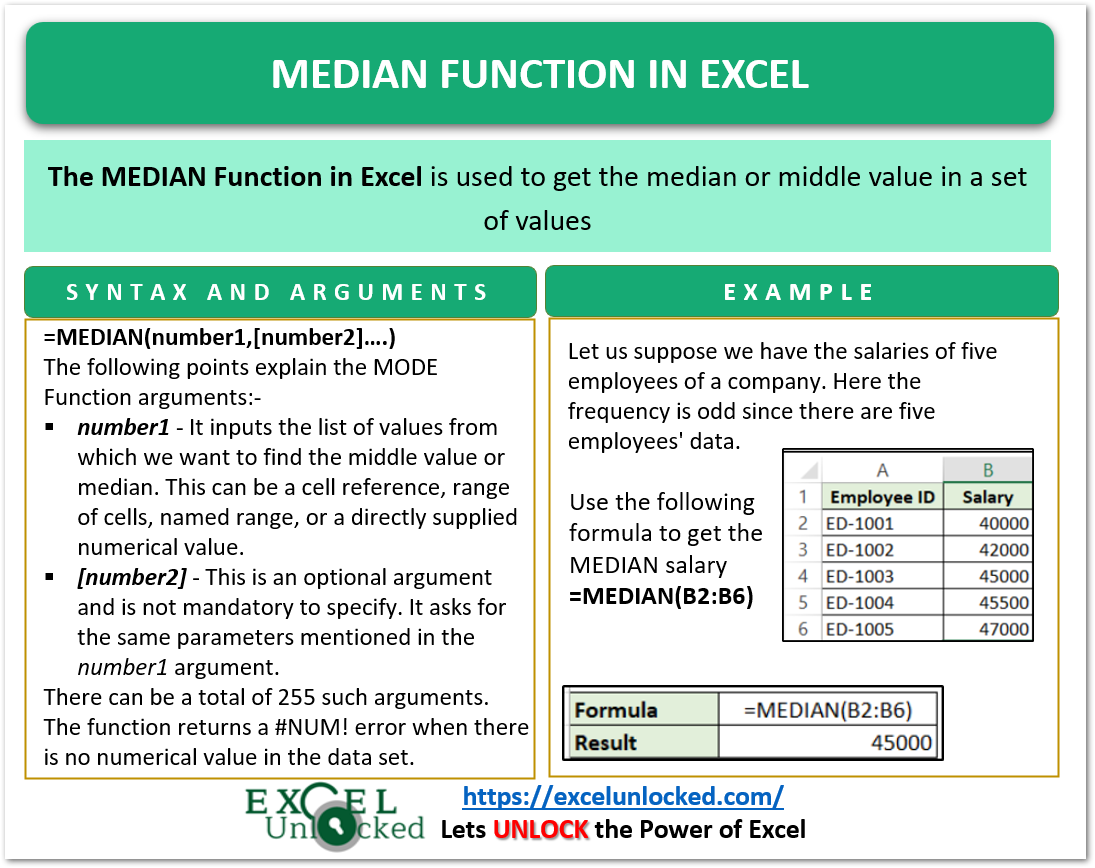 When to Use MEDIAN Function in Excel?

The MEDIAN function returns the middle value in a set of values. Median refers to the middle value when the data is sorted in increasing or decreasing order. It can be used to find the median salary, budgeting, or business calculations. Median acts as a central tendency that also helps in qualitative analysis. Unlike the average ( mean ) value, the median does not consider the extreme values of the data set.

The function works on the sorted list of values. We can divide the working of MEDIAN Function into two forms:-

The following points explain the function arguments required for the working of the MEDIAN formula:-

We can supply a maximum of 255 such number arguments out of which only the first number1 argument is mandatory to specify.

Points to Remember about the MEDIAN Function in Excel

The following points about the MEDIAN formula must be kept in mind before its actual implementation.

Here we will cover some practical parts to learn the MEDIAN function implementation.

Let us suppose we have the salaries of five employees of a company. Here the frequency is odd since there are five employees’ data.

Use the following MEDIAN Formula in cell B7.

As a result, the formula returns MEDIAN salary as 45000.

Example 2 – Finding Median for Even Frequency for Unsorted list

Let us suppose we have the following set of values:-

Here N=6 which is even. Use the following MEDIAN formula in cell A8 to get the median value.

As a result, the formula returns the median as 52.