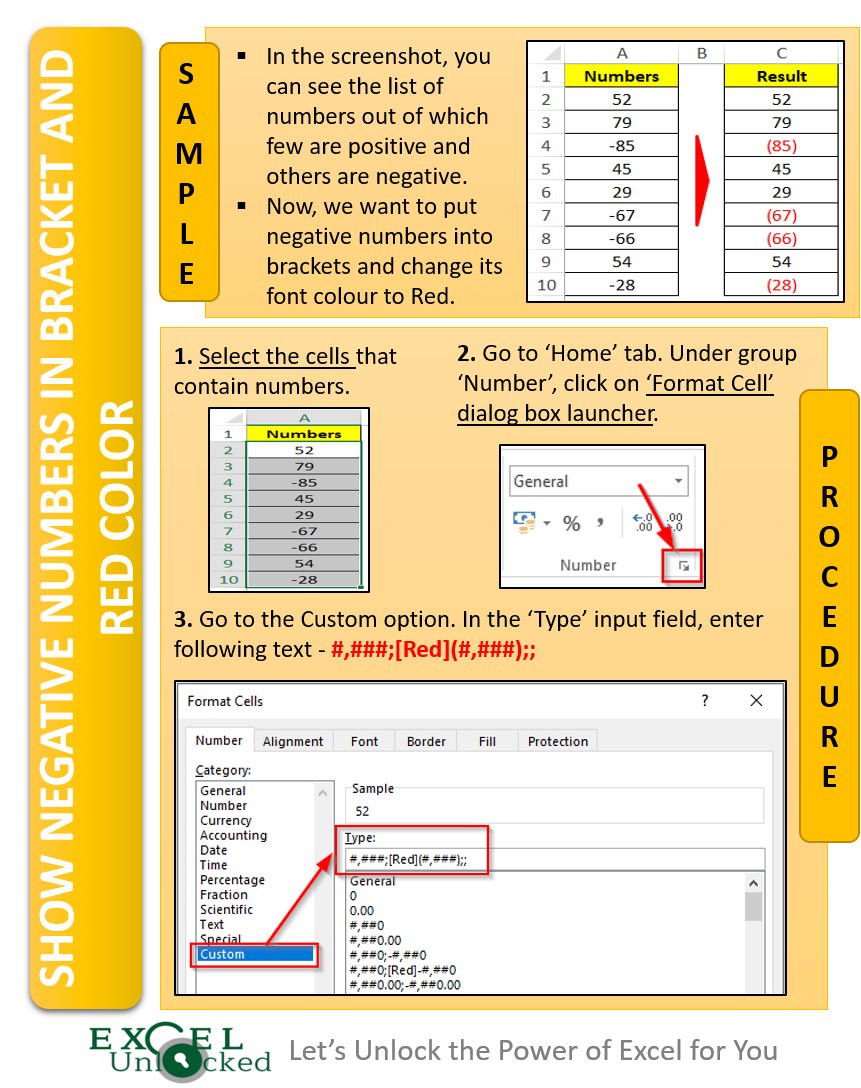 Before starting with this blog, let me explain what this technique would help you to achieve with the help of a small example.

Suppose you have a list of numbers in Excel (as shown in the screenshot below).

As you can see that some of the numbers are positive and others are negative (with a minus sign before it). Also, all the numbers (whether positive or negative) as in black color.

Now you want to change the formatting of the numbers such that the positive numbers should remain as it is (i.e. in black color), but the negative number should be in the bracket and the font color should change to red.

The below screenshot shows the sample numbers and its result (after changing the formatting).

So how can you achieve this?

Refer to the screenshot below:

Let us now unlock the technique to show the negative numbers into a bracket and red color.

Show Negative Numbers in Bracket and in Red Color

Select the cells which contain that list of the numbers as shown in the screenshot below :

Refer to the screenshot below

You would notice that there is one input box under the section “Type”. Enter the following text in the input box

And then press the “OK” button

Finally, you can see that the positive numbers remain as it is (in black color) and the negative numbers are in brackets with red color

Explanation of the functionality :

The fourth and the last section denotes the formatting of the text (Characters/words). We have given it “General”.

This brings us to the end of this blog.