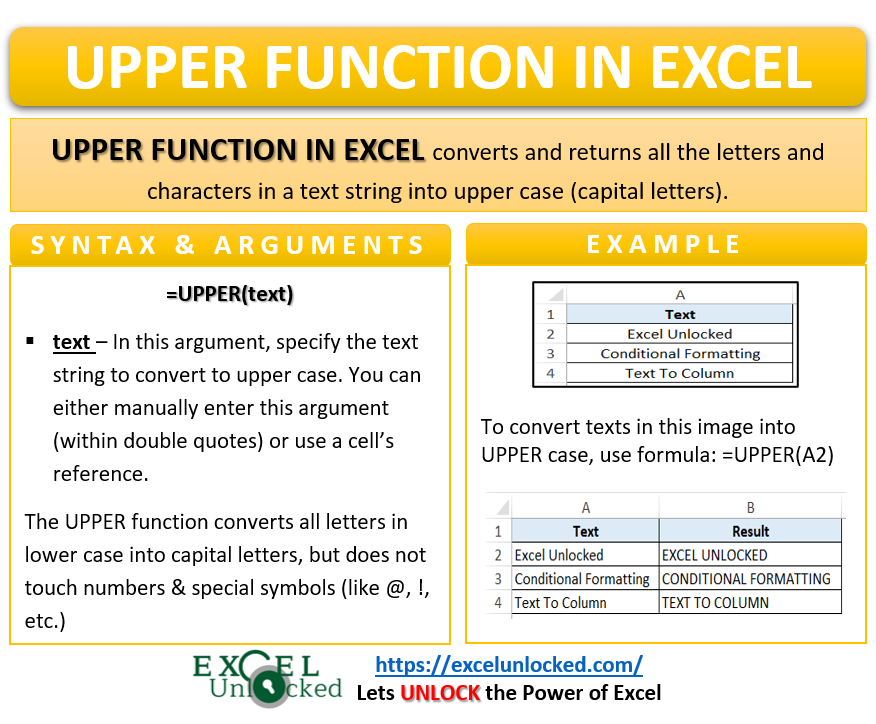 In this blog, we would cover everything about how to use the UPPER excel formula with examples.

When To Use UPPER Function in Excel

The UPPER formula belongs to TEXT function group. It, therefore, returns a text string as its output.

The UPPER function has one argument:

Enter the text argument manually (within double quotes) or use a cell’s reference.

Examples of UPPER Function in Excel

This section explains about how does the UPPER function work in Excel along with examples.

In the above image, the texts in column A are in proper case.

To convert all the letters in a sentence into capital letters (upper case), simply use the following formula:

Use the above formula for other texts in columns A3 and A4.

As a result, excel would convert all the letters in a cell into capital letters.

This is the beauty of excel formulas. Quick and Accurate 😉

It is important to understand the below points: