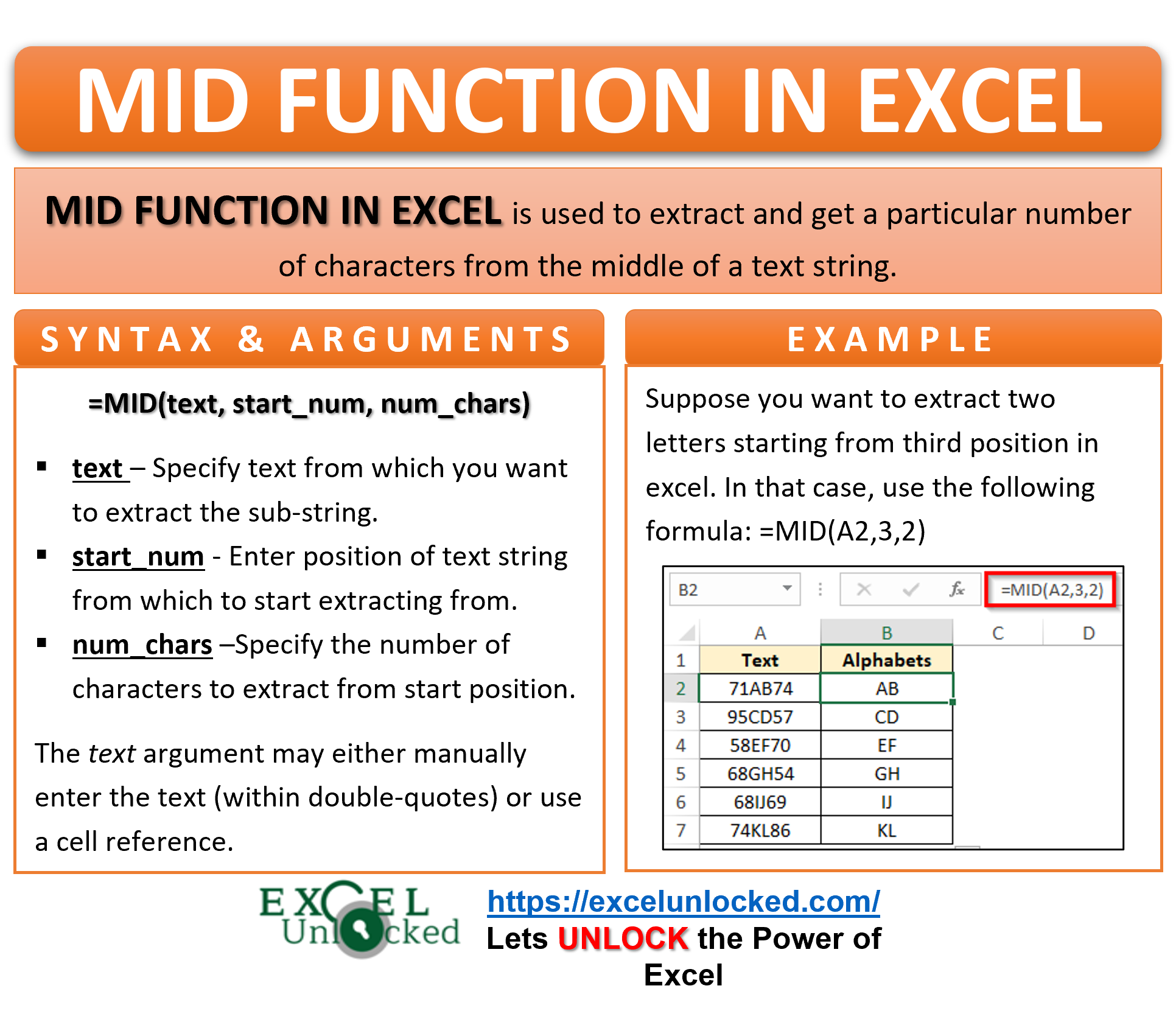 In our previous blogs, we had learned about how to use the excel LEFT formula to extract a specific number of characters from the beginning (i.e. from left). Similarly, the RIGHT function extracts specific characters from the end of the text (i.e. from the right). In this tutorial, we would learn about another such important function called the MID function in excel.

Akin to the above two functions, the MID formula in excel is also a useful function to extract a particular string from another text. However, unlike the above two formulas, the MID function extracts strings from between the text.

Let’s deep dive into this function and learn about how to use the MID function in Excel.

When to Use MID Function in Excel

The excel MID function is used to extract and get a particular number of characters from the middle of a text string.

This function allows you to specify-

As the MID excel formula is a part of text function group, it returns a text string as its output.

Below bullet points explains the arguments of MID function:

An important point to note here is that, unlike the LEFT and the RIGHT excel functions, the num_chars argument in the excel MID formula is mandatory. That means, all the arguments are mandatory here.

Let us now understand how the MID excel function works in excel with the help of some practical examples.

The below image shows some texts in column A, which consists of four numbers and two alphabets.

Suppose you want to extract the alphabet characters from the text strings. To achieve this, simply use the below formula in cell B2:

As a result, the excel would return the extracted text as ‘AB’.

Copy this formula to other cells in column B, as shown below:

As we can understand from the MID formula example above, it is not a difficult function to use. However, some common mistakes made by an excel user, make this formula seem difficult. Let’s see how to avoid errors in this excel formula: